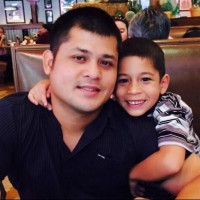 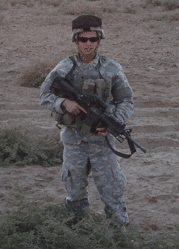 I’m John and I am the Broke Veteran.

At least I was until I figured out how to make sense of all this so called “making money online” and eventually finding something that actually worked.

More on that later though.

Before I get into the good stuff, let me give you a little sneak peak about my crazy, roller coaster life.

Everyone has their story and this is mine.

Being a cook or some engineer didn’t interest me much, so I decided that I wanted to pound the ground as a good old infantryman.

Oh and I jumped out of a perfectly normal aircraft and repelled out of a sweet helicopter.

Being Airborne and Air Assault qualified were some of the stuff on my bucket list and I got them out of the way, early in my military career.

I got stationed at Ft. Campbell Kentucky and immediately shipped out and headed to my first deployment.

The Army wasted no time and I found myself patrolling the streets of Iraq.

I was in for a real treat and a bunch of life learned lessons from probably one of the hardest but critical parts of my life.

From chai (tea) to learning a culture and language that I never saw happening, I learned the most about life from a country that I would never forget.

This also sparked my interest in starting a family, which ultimately led to exactly that.

That deployment took only 11 months of my life and I found my way back to the Middle East once again in 2005.

But this time, I decided to do things differently at least when it came to jobs as I got “stoplossed” just a day before my expiration of term of service (ETS) date.

I know, it sucked but there was nothing I could do. 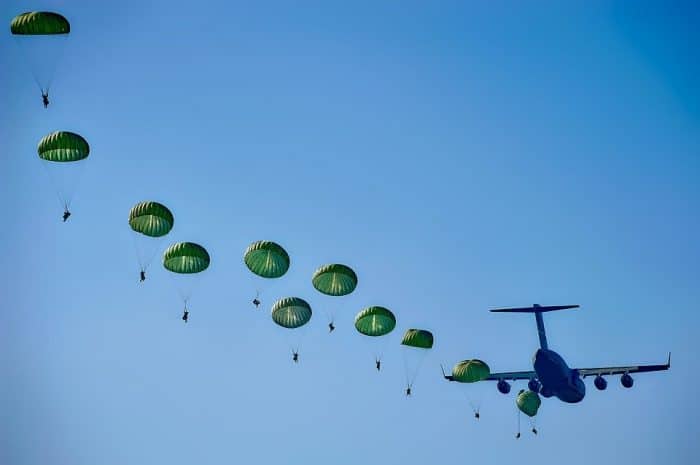 I deployed again and landed in Kuwait on September 26, 2005.

This was the same exact date that I raised my right hand to swear into the Army.

Regular old infantry stuff wasn’t my thing so I decided that I wanted to try things differently.

I tried out for the scouts and actually made it.

Not a 19D “Cav” scout that wears spurs and rides around on trucks but a real deal infantry scout that does recons and all that other good stuff.

The kind of scout that needed you to be the best infantryman.

Shooting, PT (physical training), land navigation, and knowing and understanding all the infantry tasks and drills.

But that wasn’t what got my attention.

It was the nice little headset that I saw when we first ran into the scouts when I was up to receive my combat infantryman badge on my first deployment.

These guys rolled up in trucks all bearded out and the first thing I thought was, “wow, that’s the special forces”.

Of course I was wrong and found out that these were actually the scouts for our battalion.

Anyways, I decided to give that a try and I deployed back to Iraq as a scout.

I was with a bunch of guys that were really good at what they did and we bonded like we should.

From the poker games in our tent to having each other’s backs when we went out the wire, I must say that I will never find a better group of guys.

This deployment was pretty rough but we made it out with only a few losses and I am forever grateful for these idiots.

After 12 months of fighting the war on terror, we finally landed back on US soil.

Back to Garrison Life

Being that I was with a bunch of soldiers, life was pretty normal.

At least to us.

This life consisted of a lot of drinking and a lot of classes that would help us transition back into society as normal people.

As much as I loved the camaraderie, Army life just wasn’t for me.

After serving Uncle Sam, I decided to call it quits and I hung up my boots.

Life was not the easiest but it was something I could deal with.

Military life was tough but not as tough as dealing with normal life after serving.

Deployments are tough but nothing beats trying to blend in with the life you once had.

A year of dealing with a different culture and constantly keeping your guard up will have a huge impact on trying to live a normal life.

The constant dreams and never letting my guard down was absolutely stressful and almost took over my life.

Being an infantryman doesn’t make things any easier either as the “tough guy” attitude is something that is hard to shake off.

Instead of being a good role model to my family, I think I was more of a problem.

Things aren’t going to be better when you throw some alcohol in the mix either.

More drinking and more irresponsibleness was apart of my life, up until I had my first son.

Having a child kind of put my in my place.

It did remind me of the time when I ran into this kid named Ali that lived in this town in Baghdad that we used to patrol.

All the guys knew how crazy I was about this kid that they helped me find him.

I wanted to take him back home with me in one of my duffle bags but that wouldn’t work.

This did lead to me having my first kid and the one thing that would change my life.

I did manage to get a pic of Ali even if those days required you to have an actual camera to capture any moments.

Deployments and cameras were not allowed but I did manage to sneak this one in.

Isn’t it cool how I had that fake son and now have one of my own?

Well that’s how things went and I wouldn’t have it any other way. 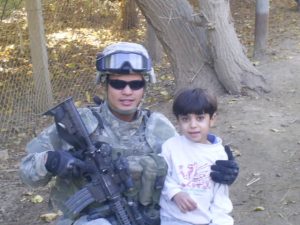 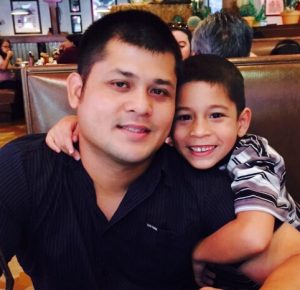 Finding Myself and a Way to Make a Living

I think you know more about me than some of my closest friends do.

And no, I’m not kidding.

Military life was cool, the transition back to civilian life wasn’t, but it did lead me to trying to figure out different ways to make a living.

I held a regular old job, took advantage of the GI Bill, and even opened up my own bar.

The latter was a big mistake as I did nothing but do more drinking.

This was by far the hardest time of my life that not even a deployment can compare to.

Financial stress is a killer and I almost let it beat me.

But rather than throwing in the towel and “failing”, I decided to turn to the internet.

All I knew is that there were people making millions of dollars and I wanted in.

That ambition was great but it only led me to a bunch of get rich quick schemes that brought me down even more.

After dumping thousands of dollars into these scammer’s accounts, I finally figured that there was no way to make millions of dollars easily.

It requires a lot of hard work and determination but most especially the right program.

That’s when I ran into some dude that told me he was making around $2,000 from a program called the Wealthy Affiliate.

He told me it requires some time but it is one site that actually worked.

I finally made money!

So I would like to give a quick shoutout to Scotty Newkirk, as he was the proof I needed to know that real money can be made online.

In just a year’s time, I was able to finally say that I made more money than any job I’ve ever held and I was one of the few that actually work from home.

And that my friend is what led to the creation of Brokeveteran.com.

With all the failing and trial and error, I figured that it’s time to give back.

And with Brokeveteran.com, that is exactly how I plan to do it.

Whether it be help in getting compensated for a service connected injury, making money online, or how to deal with life, I want to be able to help fellow veterans or anyone looking to to make something more of themselves.

I have dealt with many different situations in my life and I would love to share my experiences.

Working a regular old job was not working out for me as well and that is another reason I turned to the internet.

There are many things that we go through in life and although it might not be easy, there’s always a better way around it.

As much as I love to share what I know, I’m always looking to learn new things as well, so please do share as I am not a Mr. know it all.

I do hope that the content on this site provides you with the information you are looking for and I look forward to creating new content for you at least 3 times a week.

But before I end this little bio, I thought it would be best to update you guys on how things are going these days.

After all the grunt work and failed business attempts, I’m glad to say that I work from home full-time.

On top of that, I have added to my collection of humans and I now have 4 kids!

And on top of the on top of that, I also added to my collection of pounds and PT is not as easy as it used to be.

More weight and more kids but I wouldn’t have it any other way.

I might have those days where I deal with post deployment nonsense but the drive and passion that my family instils in me is what allows me to keep going.

When times get tough (because they still do), I turn to my family and everything gets better.

With all the failed attempts at trying to make some kind of money online, I know exactly how you feel.

With this site, I hope to equip you with the right training and tools to beat the odds and actually make some real money online.

I have literally done it all.

Making money is truly an amazing thing but I also like to focus on saving money and overall management of it.

With this site, I hope to help you with exactly that.

In the meantime, you can checkout my #1 recommended program for making money online and browse the site as you please.

I will be posting new content at least twice a week, so do come back regularly.

I do want to thank you for reading about my little life as I’m sure you have better things to do.

But anyways, thank you so much for your time.

I also want to thank those that have served and continue to serve as they are the same reason I still get to do what I do.

Until next time, never give up, set goals, and always move forward.

Thanks for reading and God speed.