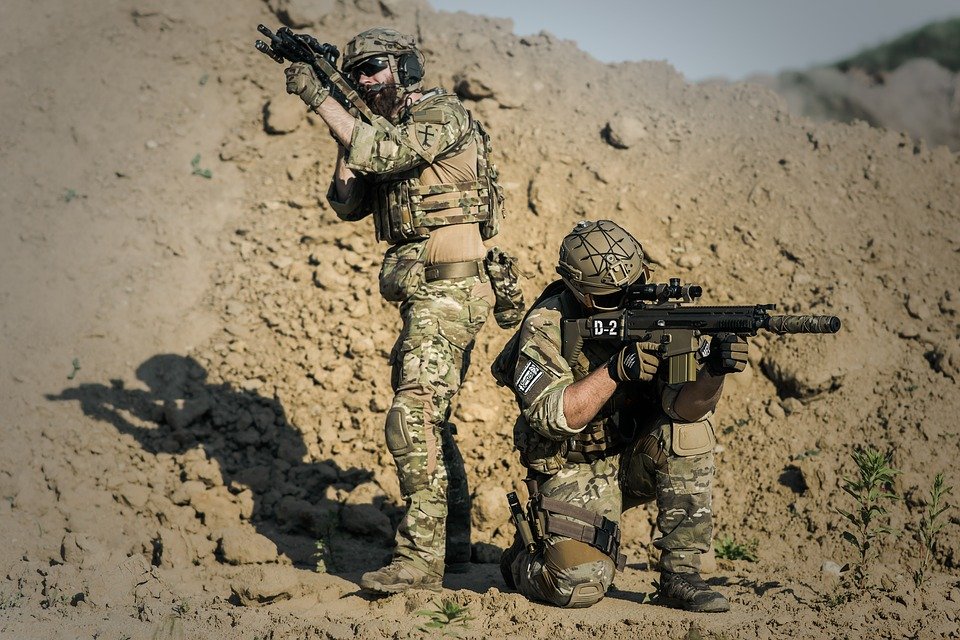 Your job in the military is already cool but there’s nothing better than looking good doing it.

Being in the military I learned a lot about my job but I also learned how to spend a lot of money on some of the stuff I “needed”.

At the time I didn’t have to worry though.

I didn’t have a single human to my name and I was free to do whatever I wanted.

With such freedom came the many assault packs, rack systems, gloves, eye pro, and all the other shenanigans that you can think of.

I wasn’t the only one though as we all did our share of splurging when it came to combat gear.

At least most of us.

There were the married folks that were a little more conservative and only now am I able to realize how right they were.

We all live and learn and that is why I want to share this post with you.

Whether you are in the military or not, we all love to look cool.

As an infantryman, we always want to look our coolest but that goes for every other MOS out there.

The most common cool gear wearers come from those who aren’t even in the military, which is not a problem at all.

I just wanted to share the fact that we all have our interest in such things.

Now the one thing most service members don’t understand is the fact that civilians absolutely love the regular old military issued stuff.

For some of us, we feel the need to buy something just to be cooler.

Is it even better?

Military Issue VS Buying Your Own

I started my young infantry life sticking with what Uncle Sam provided.

I was part of the day when you had to tape everything to prevent buckles from being seen and getting stuck on things.

Come time to turn them in, came the cleaning of tape residue.

Not cool at all.

What I did notice is that the LCE’s and LBV’s that we had to use were from many soldiers before me.

Sure we always go with the lowest bidder but at the very least, they have to provide gear that is durable.

Comparing military issue to more popular brands I can say that they are actually equal.

If any of your equipment is unserviceable that would require you to DX them.

I don’t think we can deal with a company that provides garbage, so you can bet that military issued gear is perfectly fine.

Do You Really Need to Buy Extra Gear?

For the most part, yes.

The military provides you with the basics and you can almost go without purchasing anything extra.

Now when it comes to eye pro or even gloves, I think it’s wise to invest in a good set.

As long as you take care of your equipment, you shouldn’t have to purchase anything new for at least a couple of years.

It’s not the easiest thing to find deals on cool military gear but I found a way to get around this.

Buying new is always good but sometimes you can get some steals if you really wanted to.

Every single day there is someone getting out of the military and in most cases they are looking to get rid of a lot of stuff.

Barely used and looks just as good as if you were to buy it brand new.

When a soldier PCS’s or ends their time in service, moving becomes a pain in the butt.

Rather than trying to pack and ship a bunch of crap, they would prefer to get rid of it and buy it new again.

That is where you come in and save some cash.

I did a post on saving more money and one of my tips was acting your wage.

This very much applies to you and every other service member out there.

I totally get the fact that privates want to look their best out in the battlefield but don’t go blowing a whole paycheck on cool gear.

Get glove this month and invest in some cool sunglasses the following month.

I made the mistake of buying everything at once and it only led to me being broke before payday came around.

Don’t be that guy.

I hope you enjoyed that post. I'm John and I am the owner of this site. I like to think I'm a normal dude just like everyone else but that wouldn't make me unique. I do have 4 kids and I have gone through the hardest of times, most especially financially. With some learning and growing, I have managed to get back on my feet and live the laptop lifestyle most people only dream of. With that knowledge, I hope to align you with a real and legit way to make money online.

A Little About Me…

I'm John and I am the owner of this site. I went from deployed to unemployed to eventually finding a real way to make money online. Through that experience, I have hope to share the wealth. Read More…