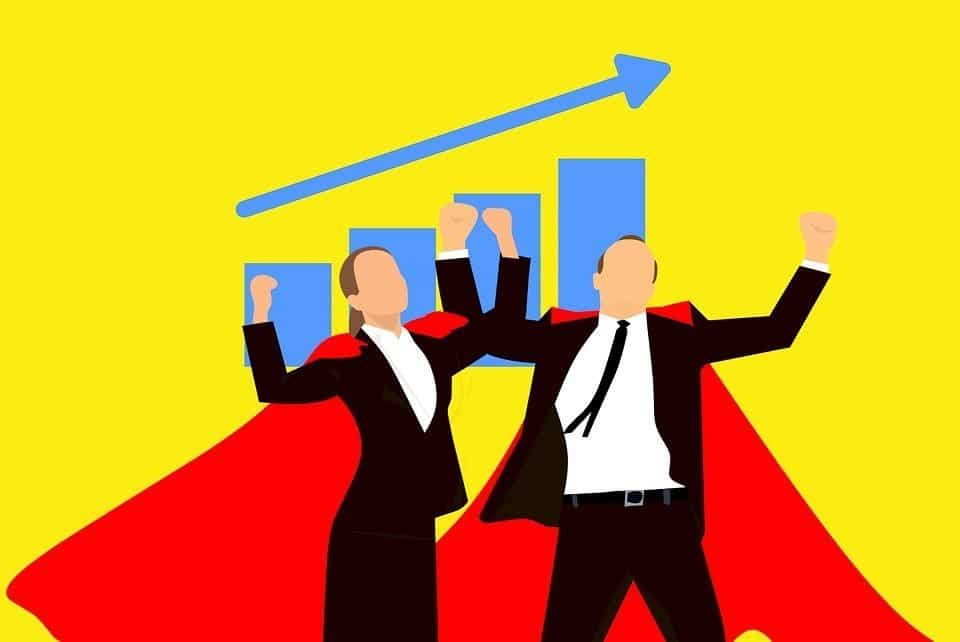 Revenue sharing has been around for many years and it doesn’t seem like they are going anywhere either.

Some people dedicate their whole life to them, while others hop around making what they can.

Then we have those that have tried them and quit due to the lack of knowledge that comes with such a unique “business”.

For those of you looking to get involved with such a thing, let me give you the lowdown on how everything really works.

This is not the kind of revenue sharing that happens with stakeholders and other legitimate partners that sell actual goods and services.

This is the type of revenue sharing that has taken the internet by storm that has made millionaires out of regular Joes as well as put some in serious debt.

So before you think about investing a single penny into something like a revshare, here is everything you need to know.

What is Revenue Sharing?

Revshares are nothing more than a way to create a program that allows everyone to make money.

The idea is really simple and there are several things that are needed before anyone can start making any kind of money.

For one, there needs to be some kind of product in place.

Without one and well, it will not be legit.

The next thing that is needed is going to be this thing called humans.

Humans that have money and are looking to make more of it.

But before you do anything, let me explain the different types of “products” that you can expect.

Revshares have come a long way since I first joined them back in 2014.

They have come in many different forms and you won’t even know what they are if you know nothing about them.

Lucky for you though, I know exactly what they look like.

I have invested, lost, gained, and dealt with the ups and downs that come with revshares.

I’ve also dealt with the questions and opinions that come with such a sketchy business, so you can say that I know a lot more than everyone else.

Here are what revshares will look like if you do encounter one.

This is exactly what came with a revshare back when they were huge.

Companies like My Paying Ads and Traffic Monsoon started all the craziness and they used advertising as their product of choice.

You can make money.

They covered their behinds with their product and people put their money into these ad based programs.

Thanks to revshare software, money was paid out according to each pack’s value.

And yes, people made money.

Once those companies started crashing, a monster was growing.

This monster was Crypto Currency.

With Bitcoin being the hottest topic a couple of years ago, this was the chance for revshares to resurface.

This time in the form of Crypto Currency.

Purchase different types of Crypto based packages and you will make a daily percentage just like they worked when advertising was the product of choice.

Nothing will every beat the type of money that Crypto Currency poured into people’s wallets with the use of revenue sharing.

Of course the hype that regular old Crypto Currency died down and revenue sharing took a turn for the worst.

That didn’t stop revshares and that’s when they turned to mining.

Let me mine Cypto Currency for you and we will give you a nice percentage back on your investment.

This is the stupidest of the bunch but it definitely does exist.

I have reviewed a program called XTradeChain, which is an example of what a Crypto mining revshare would look like.

There are many more out there and this is what is working right now.

There are also other types of products being used but they all come with the same recipe.

Some kind of weird product and the need for newer members.

Without any new people joining, no one will make a single penny.

There is a very fine line that allows revshares to exist and it kind of works.

That product is one and it is exactly why it is hard to get these types of programs shutdown.

What also happens is the owners will most likely come from a country outside of the U.S. and only because they are somewhat allowed elsewhere.

However, hat does not mean they are legit or legal.

I wouldn’t call them a scam per say but definitely more along the lines of a good old Ponzi scheme.

Is Revenue Sharing For You?

I have a very different opinion with revshares as I have been apart of them in the past.

You will have some owners that will do everything that they can to try and keep their program alive but it is only a matter of time before they come crashing down.

That’s just how it is and there is nothing that anyone can do about it.

There comes a time when recruiting slows down and eventually its older members will take their money and look for the next best thing.

Although I know that money can be made with revshares, I would never recommend them to anyone looking for a real way to make money online.

They come and go faster than you can join them and they are not a real business.

The hype for them is also not as high as it was before and the rate of new members joining is really slow.

I will not recommend any of them and I do think you should stay away from them.

As long as you can understand everything I just mentioned in this post, you are free to do whatever you want with this thing called revenue sharing.

Now you tell me, is revenue sharing really worth your hard earned money and valuable time?