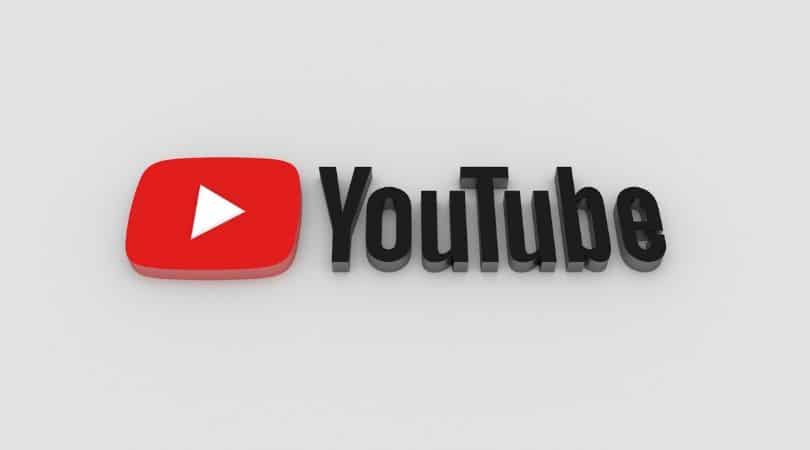 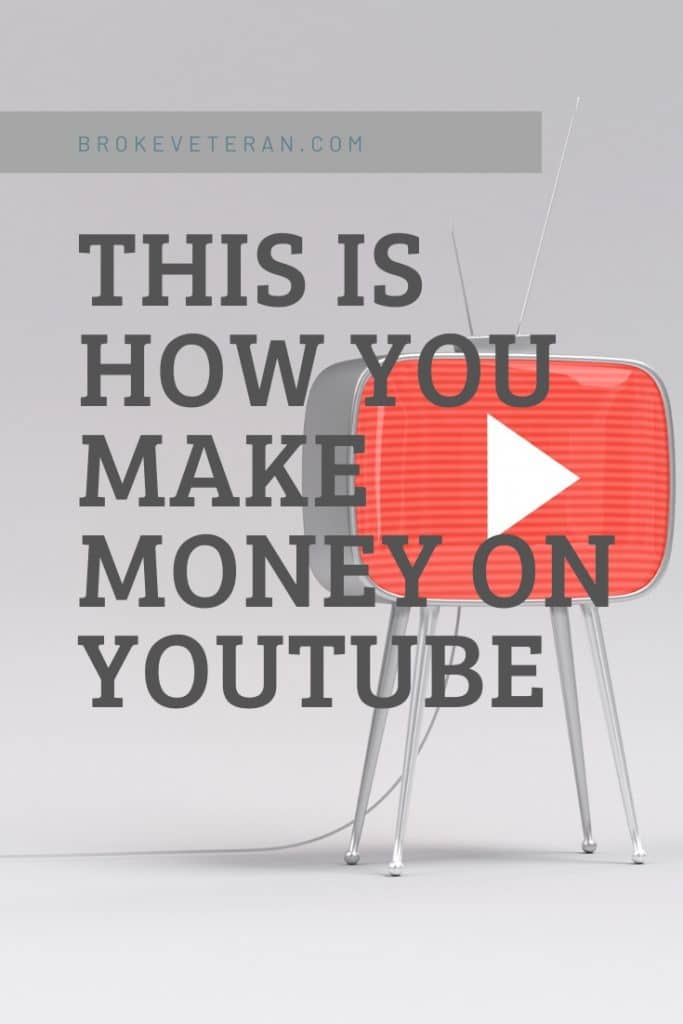 YouTube is no doubt one of the best ways to make money, period.

There is no other medium that has created millionaires without having a degree (in anything) or experience with the normal jobs out there.

The internet is where it’s at.

Whether it be today, tomorrow, or 10 years from now, this is where you want to make money and/or a living.

Because if you don’t get a piece of the pie, someone else will.

The answer is really simple but can be as complicated as you make it.

Thankfully so, that is what I want to help you with today.

There are thousands of millionaires created by YouTube alone and most of them are young adults or kids that know nothing about making money.

The one example that comes to mind is the little boy from Ryan’s Toy Reviews (now Ryan’s World).

Kid makes millions and it all started with a simple idea, that I will be covering more later in this post.

That’s just one example but there are many that I’m sure you can see or have seen on your own.

Now let’s talk about what you came here for in the first place as you could be working on making that paper instead.

The great thing about the internet and its many channels of making money is the fact that there are many ways to do things.

Just like how you make money with a blog, is the same exact way you would make money on YouTube.

So for those of you who are interested in making money but not so much the video aspect of things, you might want to read more on how to start a blog instead.

Just know that they offer the same amount of work, money making options, as well as income potential.

Do understand that they both require work and a whole lot of patience.

The absolute first thing that needs to be done is you will need to create a YouTube channel.

This all starts with a good old Gmail account.

You can create one here but you will also be prompted to do so in the process of creating your Youtube channel.

You can always watch this video series for a better explanation on the basics of creating a channel.

I want to assume you already have a Google account setup and most importantly a YouTube Channel.

What I do want to cover is a way to go about starting and running your channel, so that you can hit the ground running without any speed bumps.

So before we get into any of the money making goodness, let’s go over what you need to expect and do if you plan on making real money on Youtube.

The road to money is going to be like any other business and that is why you need to treat it as such.

You need to work at it and you need to let it grow.

Money will not be made overnight either, so don’t expect any of it.

To begin earning any money, you will need at least 10,000 “lifetime views” before you can make any money with Adsense.

I mean, without any visitors, how would you even make money.

I think that’s a fair number and one that you should not even worry about.

Rather than chasing the money, let me show you how you can let the money roll in instead.

So you know money is not going to be made overnight but also keep in mind that it is a process as well.

Patience is a must and your understanding of it is necessary.

Just like every other business, you are going to put in the work now to reap the rewards later.

For now, that’s all you need to know before you continue this journey of making money on YouTube.

If you can understand that much, then let’s get right into setting up shop.

1. Start With a Niche

This is the absolute first place you need to start if you want to make money on YouTube.

There are many niches to choose from but you always want to go with something you are truly passionate about.

I know you see all kinds of YouTubers who make money playing Fortnite and other weird topics but don’t compare yourself to them.

They all started with a niche and have grown due to several other things that you can worry about later.

For now, keep it simple and think of something you are really interested in.

Pick an interest and then you can move on with creating your channel.

Branding is going to be very important moving forward with any online business these days.

Back in the day you could succeed with anything and I mean anything.

You can throw up a website with a simple logo and you could make money.

These days, we pretty much live online and our taste is going to drift towards something more presentable.

Same thing goes with a blog and definitely with your YouTube channel.

So that RC idea is going to need a nice name to go with things.

Be creative and use something that you can use to brand yourself as the soon to be YouTuber.

If you can’t come up with anything right now, just try to keep things simple as you can as this is something that others will need to remember.

Short and catchy is always best.

Vloggers are constantly creating content and this is done for two reasons.

For one, they want to keep their viewers entertained and two, they need to keep their channel in good standings with something called search engine optimization.

Yup, even vloggers deal with such a thing and is a great way to get traffic rolling in on a consistent basis.

You don’t need the best vlogging camera but I do recommend you get one that other successful bloggers are using.

The Canon Mark III is a very popular one but for more action type vids, you can always use something like a GoPro Hero 7 instead.

For starters, sometimes your phone can do just enough but of course an actual vlogging camera is better.

Making money is of course what you came here for and this is the part where we will be discussing that.

Without the other stuff mentioned earlier, you can bet that you will not get very far with your YouTube channel.

However, you must know these things as there isn’t just one way to make money with YouTube.

There aren’t many but these are the ways you can make and grow your income.

This is the most common way to make money on YouTube and one that you most likely will need to start with.

I’m sure you’ve seen the many ads on YouTube, to the point where you are so efficient at skipping and closing them.

I know my kids are.

What most people don’t know is that the video you are watching plus that ad is making two people money.

Google and the person who created the video.

This “person” is going to be you.

You create the video and Google will pay you for getting the visitors to their advertising business.

In order to start making money with ads, you will need at least 10,000 views before you are able to partake in the Adsense program.

Only then will you be able to make money with ads.

The pay isn’t going to be much at first but that is why content creation is very important.

Once you become a more established YouTuber, Vlogger, or channel owner you can start making money elsewhere.

Big companies will be looking to partner with you and they will offer a lot more money than you would normally make with ads.

This is only possible if your channel has lots of views along with the right company in your niche.

You’ve probably seen the whole “this video was sponsored by so and so” type deals on some YouTube videos you’ve seen.

By simply sharing a product or service on your channel, they will pay you some good money in return.

Affiliate marketing is the most simple and awesome way to start making money on the internet but one that is rarely shared.

I do it and so do many other online marketers.

The idea is to take other people’s products, sell them, and in turn make a commission.

Sometimes you will see things like “details in the link description below” comments on a video and this link will usually lead to a site outside of YouTube.

In some cases, these links are affiliate links that will give the vlogger a commission if and when someone makes a purchase from that link.

It might sound like a trick but it is very much a solid business model for those of you that don’t know where to start.

I always recommend a site called Wealthy Affiliate, for anyone interested in running more of an affiliate marketing business.

This is just one of the ways to make money on YouTube though but you might want to focus on this later as it can take your attention away from the building phase.

Remember that brand we talked about earlier?

Well, this is one of the ways to make money and probably the most profitable.

In YouTube land, you will see many of the big YouTubers selling “merch”.

On top of the advertising and sponsorships, these guys are making money selling their branded gear.

From shirts to hoodies, all the way to toys and various products.

All they do is slap their brand on products created for a very low price and selling them to their viewers.

Everyone ends up doing it as you can’t beat making the most profit for sales.

But just like the rest of the ways money is made, you will need to grow your viewership and/or following.

Before You Get Started

Starting a new business or anything for that matter is always exciting.

Give it a couple of weeks and months and that excitement turns to boredom and questions.

“Can I really make money with this?”

“What am I doing wrong?”

That’s the type of stuff you will ask and you might even write it off as you just aren’t cut out for it.

The truth of the matter is that ANYONE can and will make it.

99% will quit a couple of months in and that whopping 1% will continue on the journey they started.

Quit and you will be apart of the norm and you’ll be back at your J-O-B telling your boss how much you love them.

So if you want to fire your boss and actually make some real money with YouTube, you MUST stick to the plan.

I don’t care if you’ve made $0, you will only succeed if you keep at it.

Anyone can do it and you can create as many as you’d like.

The problem with that is that you won’t be making any money.

Just remember that this is a growing and gradual process that requires some major patience.

If you don’t have that, then you might want to think twice before you get started.

For those of you who are serious about creating a YouTube channel that makes money, go for it and do not look back.

Treat it like the business that it is and you will find success online.