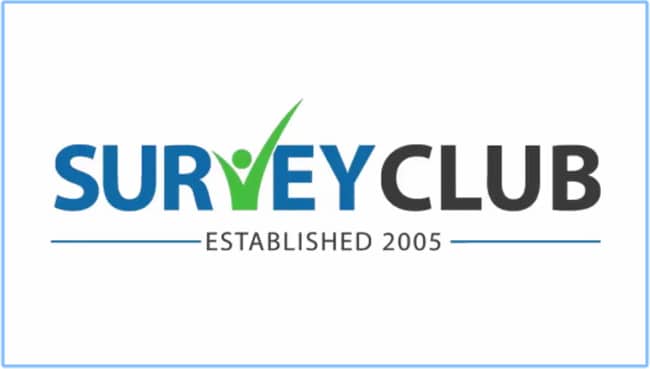 Welcome to my Survey Club review.

When it comes to anything free, you can only help but be skeptical about things.

Will they be asking me for money later?

Will they even pay?

There are many things out there to consider before joining anything that promises some kind of return or you might just get burned.

Like I always tell others, take a few minutes to learn how survey sites work and you should be good to go.

Don’t and well, you might just be throwing away some of that valuable time that most don’t have.

Type of site: GPT (get paid to)

It’s usually hard to mess up a GPT site as they aren’t that complicated. You typically do some simple tasks and well, you make money. With Survey Club, things can get complicated and a bit frustrating. This isn’t one of our favorite sites of its kind and I don’t really recommend them.

What Is Survey Club?

Surveys Club is an online recruiting company based primarily in Denver, Colorado, that claims to help people make money with market research opportunities.

Despite being around for 14 years and having over 16 million members, they don’t offer opportunities for you to make money doing surveys.

I will explain all of this as we get deeper into the review.

How Does Survey Club Work?

Surveys Club is not a survey site which means they do not carry out any of the market research or even host it themselves.

They are what many call a “middle man” — people who are in the middle and do the referring.

If you have ever tried to book a hotel for e.g, you may have gone through a price comparison site.

They find you a hotel, and they get a commission if you purchase through their link, just like you do with a solid business model called affiliate marketing.

Same goes here; Survey Club shows you survey sites, you join using their referral links, and they will make a few bucks from every site you join.

It’s a business model that is hugely effective and can make you lots of money if done correctly.

Something Survey Club has done well as they have found a market with making money online (MMO) being so popular and gone for it.

I usually have a brief idea of what to expect, however, I went ahead and made an account.

Let me warn you that with this one, the process is lengthy and they require quite a bit of information from you.

They say this is to match you with the most relevant opportunities for you.

However, how much I believe of that, I am not sure.

Before you sign up, there are some criteria you need to meet.

That includes being at least 13 (under 18 needs parental permission), and you must also be from the countries below.

The reason for these requirements is that the panels themselves require such information. 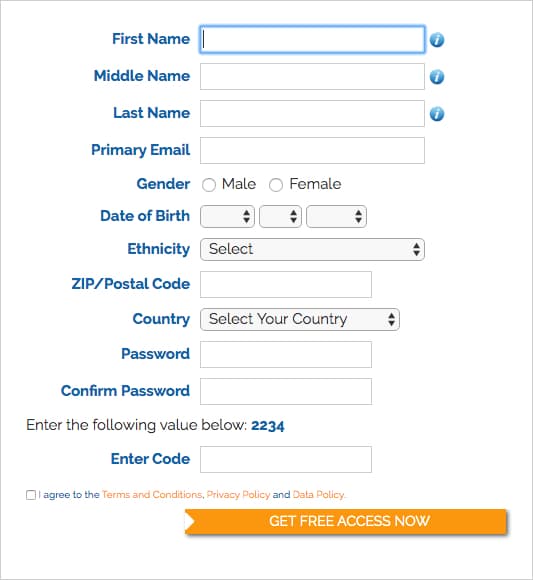 They even asked me for my middle name, which is apparently to verify my identity.

However, I can say that no survey site haas ever asked me for more my middle name.

So if my suspicions were up before, they were definitely up now.

Anyway on we go to the second page, and I was questions such as my marital status, income, investments, children, cars and a lot more.

As you can see, a lot of personal information is needed.

Finally, after finishing off, I was moved on to a page where I was welcomed to Survey Club.

I was shown seven survey panels which are available for UK residents; it also looks like the same ones given to everybody within my region.

As you can by the image below there are a couple of good ones in there, Inbox Dollars being one I have tried and recommend.

Apart from that, there isn’t much there to warrant my time and the details I had to give.

So I’m not sure whether or not Survey Club is updating their a site or not.

Either way, it is concerning considering the whole point is to show people the best market research opportunities that are currently out there.

4 Reasons Why You Should Not Join Survey Club

There were quite a few things that popped out to me when reviewing this site that just wasn’t right.

Those Spidey senses are usually right and they didn’t steer me wrong with Survey Club either.

So now I am going to take you through several reasons why you shouldn’t join Survey Club.

If of course you are still interested in checking them out.

We understand that Survey Club is only a survey aggregator but what I find odd is the number of details they ask for, especially on sign up.

They ask for more information that you would only need to fill out when registering for a legit survey site; this includes your middle name.

Survey Club tries hard to come across as this legitimate company that is unique and just what you’re looking for.

But with the signing up process, they are trying to get as many details out of you as possible making it unnecessarily long.

In the end, you will be shown the same sites as everyone else within each region, so it’s not needed.

E.g. if you have two people with different incomes, gender and even different pets but are from the UK, you will be both shown panels from the UK.

Not Helping You Make Money 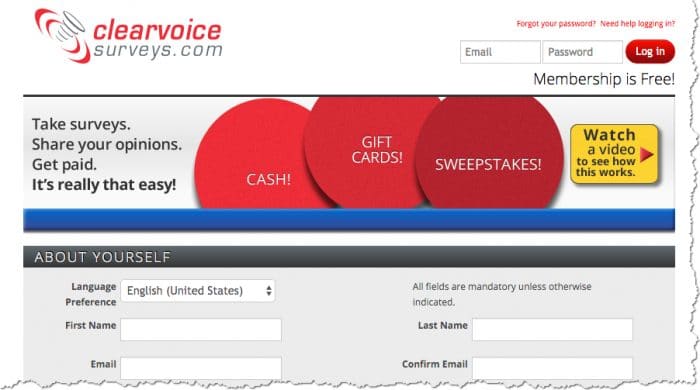 Redirecting you to all these websites only benefits them.

Sure you may be able to make a few dollars, but ultimately they are going to make more from that transaction then you are likely to make with some of those survey sites.

You would think you are getting the best deal as you see on their site how you can make hundreds.

However, when they are getting $5+ per person who joins a partner, you can see who’s getting the best deal here.

The reason why I’m not a fan of this kind of site is that they have a matter of saying whatever needed to sell their partners service.

It gets to the point where it is so visible they are out for there own gain not to genuinely help you make money completing surveys.

The fact that they are labelling themselves “established” is a joke.

There is nothing established about redirecting people to other sites without providing people with actual value.

I’m not sure why Survey Club gives unrealistic expectations.

Oh, wait I know, it’s to get more people signed up to their partners.

Maybe back in 1935 when the internet wasn’t around but definitely not going to happen now.

Most surveys pay out only a few dollars each, that is the general payout for nearly all GPT sites.

But in numerous places on their site, they give you false expectations of the industry standard and the amount you can get paid.

If you are going to show people legitimate sites at least educate them on what to expect.

Opinion Outpost or Pinecone Research are two other survey sites that I recommend, so do check them out.

So is Survey Club A Scam?

As you can tell I’m not a big fan of Survey Club and I’m sure  I’ve probably given that away a long time ago.

But nothing frustrates me more than a pointless site that tries to come across as though they’re trying to help you but are not.

There is nothing wrong with promoting sites through affiliate marketing; however, in this case, it is done in a way to get sign-ups.

I will tell you now, Survey Club is not legitimate, nor are they safe to sign up with as God knows where your data will end up.

So do me a favor.

For mine and your sake.

Do not entertain this site.

Now I mentioned earlier how they also promote a lot of spammy/low-quality sites.

So if you are looking for survey sites to earn money with, I would check out something like Swagbucks instead.

Survey sites are cool and all but they will not allow you to fire your boss.

Now when you deal with sites like Survey Club, it becomes a bad thing as you are doing nothing but throwing money away.

Time is money and the same thing applies to online entrepreneurs like yourself.

So if you want to exchange that time of yours for some real money, you need to try stuff like Authority Hacker.

Besides that, I wouldn’t recommend Survey Club.

There are dozens of survey sites out there that are actually worth joining and they aren’t one of them.

Well I do hope this Survey Club review has given you more than enough information you need.

If you have any questions about anything, feel free to leave them in the comments section below and I will get back to you as soon as I can.

Thanks for reading and good luck!